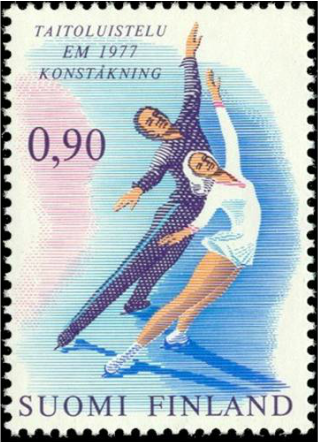 Light and Radiance - Laurence Owen and Her Sabena Fellow Travelers

Gloom is but a shadow of the night, long
past; Hope is the light, the radiance.

The people seated on Sabena Airlines 707 Jet Flight 548 bound from New York’s Idlewild (later Kennedy) International Airport for Brussels, Belgium on February 14, 1961, represented a kaleidoscope of lives. A young man was bound for Warsaw to sit at the bedside of his mother who had cancer.

The teen age wife of a serviceman based in Europe was flying for the first time to visit him. A pregnant young wife was flying overseas to visit her husband and a middle aged priest traveled to Brussels to reunite with his parents. There were tourists buried in language books and discussing Paris and Antwerp in excited tones. There was a tired Brussels businessman eager for his own home and bed.

A cluster of 18 young members of the 1961 United States figure skating team, their coaches, and friends and family members were headed for the world championship competitions at Prague. Enthusiasm and excitement swirled around them like a skater’s pirouette. There were the brother and sister teams of Laurie and William Hickox and Ila and Ray Hadley. There were the married couple, Patricia and Robert Dineen, and Coach
Edward Scholdan and his son James.

The Owen family of Winchester, Massachusetts sat close to each other. Maribel Owen, 20, and her partner Dudley Richards, had just won the national senior pairs championship, and Laurence Owen, 16, had won the North American championship for women at Philadelphia just two days earlier. The February 13, 1961, issue of Sports Illustrated displayed in airports across the world featured a radiant Laurence Owen skating as light as air. Their mother Maribel, 49, one of the nation’s top figure skating coaches, had won the United States Figure Skating Championship for a record setting nine times.

Just before 10:00 o’clock on the morning of Wednesday, February 15, 1961, Pilot Jacques Genot filed his flight plan in the Brussels airport briefing room since his plane was scheduled to take off next. He cringed as he watched Flight 548 abort its approach to Runway 20 and try to land on adjoining Runway 25 which wasn’t operational. The plane
retracted its landing gear just before landing and tried to gain altitude.  Genot realized that the pilots were desperately trying to make a normal landing despite the fact that the wing
spoilers or the tail stabilizer appeared to be malfunctioning.

The strange sound that Flight 548 made as it twice tried to land had caught the attention of Father Joseph Cruyt, the parish priest at nearby St. Servatius Catholic Church. He watched in amazement as the plane appeared to stand straight up in the air.

Then Sabena Flight 548 disappeared from sight, but from behind the woods bordering the airport came the thunderous sound of an airplane ripping into the farmland. Then a mushroom fire cloud floated above the trees into the sky. The cloud reminded Oscar De Ryck, a member of the airport fire brigade, of an atomic bomb explosion. De Ryck and
his colleagues from ten other units raced their fire trucks to the scene of the crash at 10:05 Brussels time, 4:05 a.m. Eastern Standard Time.

Rescue vehicles and rescue workers arrived almost immediately at the field in Berg, but the plane had turned into a blazing bonfire. Oscar De Ryck got as close as he could to
the fire and climbed to the roof of his truck to spray a giant hose of foam to try to put out the blaze. He noticed that none of the windows in any of the surrounding farmhouses had been broken, but within the 200 yard area where he operated, he saw only destruction.

In a building near the airport, a farm woman, 41 Bertha Goovaerts had been cutting endives- salad herbs- when she heard the explosion. She turned and saw that her nephew Theo de Laet, a farmer and a noted amateur cyclist, had been killed by a flying piece of aluminum. Another field worker, Marcel Lauwers, had been hit by shrapnel and lost part of his leg. He rolled on the ground like a flaming log.  Bertha raced to him and stripped off his clothes to save his life.

On the outskirts of the field of flames, Father Cruyt stood and administered a general absolution and later Extreme Unction as Red Cross wagons transferred bodies to a temporary mortuary at the airport. Father Cruyt and other rescuers noted that three pairs of melted skates hung from one of the wings of the shattered jet.

Altogether, 73 people, including the 18 members of the 1961 United States Figure Skating Team and several family members and coaches were killed as well as Theo De Laet. The crash was the first fatal accident involving a Boeing 707 in regular passenger service, and
it happened just 28 months after the Boeing 707’s first flight. The Belgian National authorities, the US Federal Aviation Agency, and the International Civil Aviation Agency investigated the crash, and although they reported that the spoiler or stabilizers were probably the culprit, they couldn’t pinpoint a definitive reason for the crash.

Memorials and the Spirit of Survival

On Saturday, February 19, 2011, a memorial ceremony for the passengers on Sabena 548 was held at Lemmeken, two miles away from Brussels International Airport. Howard Gutman, the United States Ambassador to the Netherlands, attended the ceremony. A memorial exhibition about the Sabena 548 flight and passengers was open from February 12 to February 27, 2011 at the Municipal Square in Camp Wood.

Perhaps the most poignant memorial is the February 13, 1961, Sports Illustrated
cover with Laurence Owen skating across it. A tattered and charred copy of the cover
survived the crash and Laurence has skated across the years, inspiring others
who want to skate lighter than air.